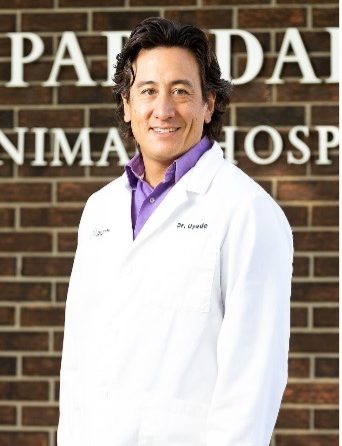 Dr. Jonathan Uyede was raised in Guelph, and in fact, went to elementary school, high school, university and veterinary college all on the same street! Dr. Uyede’s interest in veterinary medicine was solidified when he began working at a clinic in Guelph as a teenager. He graduated from the Ontario Veterinary College in 2006 and spent several years working in emergency veterinary medicine while locuming at various clinics in Ontario. Although he enjoyed the fast-paced atmosphere of emergency medicine, Dr. Uyede missed the opportunity to build long-term relationships with people and pets. He began working in companion animal hospitals in the Guelph and Kitchener-Waterloo area which led him to working with Parkdale in March of 2015. Dr. Uyede always planned that he would someday own his own practice, and in September of 2015 he became the proud new owner of Parkdale Animal Hospital. Dr. Uyede and his wife and two daughters share their home with Sumi, a Jack Russel Terrier and Luna, a Portugese Water Dog. Dr. Uyede enjoys Crossfit, downhill skiing, playing with his girls, travelling, reading a good book, and any outdoor sport. 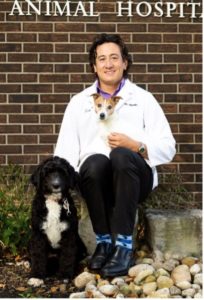 We Are CVO Accredited 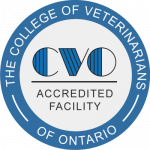